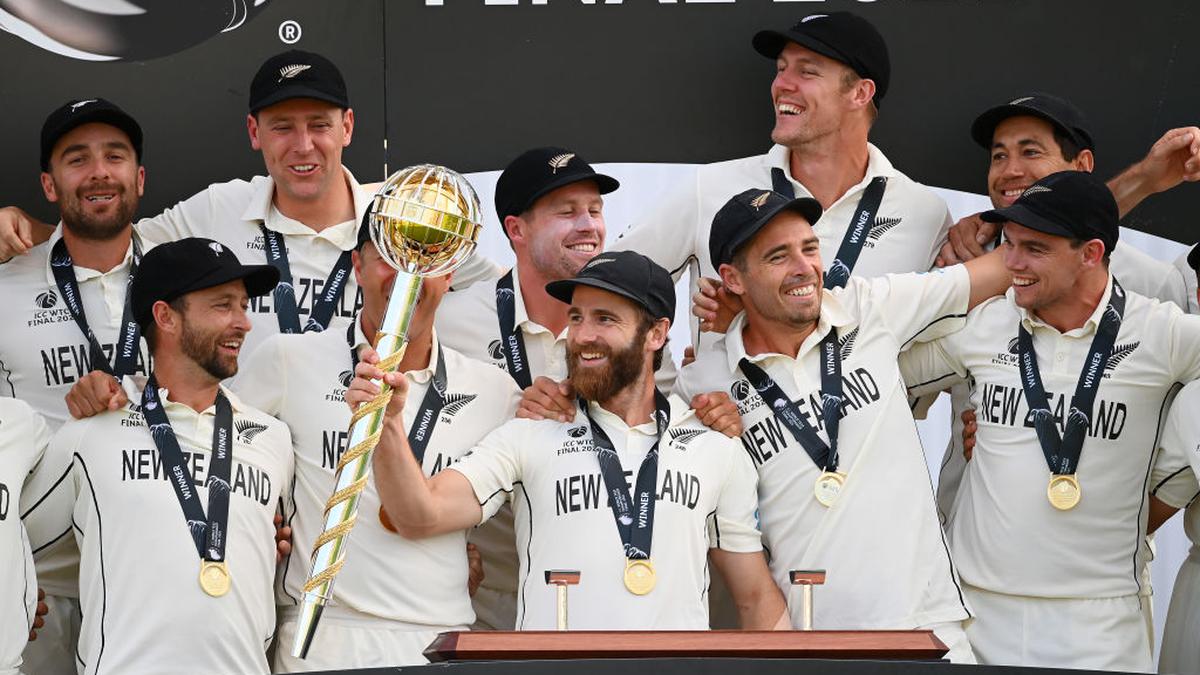 The New Zealand cricket team defeated India by eight wickets on the reserve day of a rain-marred 2019-21 World Test Championship (WTC) final in Southampton to win its first ICC trophy since 2000.

Meanwhile, Denmark and Italy were the first two teams to enter the quarterfinals of the 2021 European Championships after they defeated Wales and Austria, respectively, in the round of 16 stage.

Here’s a wrap-up of all the major sports news and updates from the week (June 21 to 27) that passed:

Kane Williamson and Ross Taylor guided New Zealand to the inaugural World Test Championship (WTC) title on the final day of the Test in Southampton. India was defeated by eight wickets. (REPORT)

England’s top order made short work of the 202 target as unbeaten fifties from Tammy Beaumont and Nat Sciver gave the host an eight-wicket win against India in Bristol on Sunday. (REPORT)

The 2021 men’s T20 World Cup is slated to kick off from October 17 in the UAE two days after the Indian Premier League final. The final of the T20 World Cup is scheduled for November 14. The first game on resumption of IPL will be played on September 19 while the final will take place on October 15. (REPORT)

The gash Ishant Sharma sustained on his bowling hand during the World Test Championship final required multiple stitches but the senior speedster is expected to recover before the five-Test series against England, starting August 4. (REPORT)

Veteran administrator Ehsan Mani is set to get another three-year term as Pakistan Cricket Board chairman. The confirmation came in the form of a statement by Mani in which he outlined plans for next year and the Pakistan Super League. (REPORT)


England beat Sri Lanka 3-0 in the three-match T20I series, winning by 89 runs in the final match of the series on Saturday. (REPORT)

Former Australia cricketer Stuart MacGill has broken his silence on his alleged kidnapping and assault, saying he had “done nothing wrong” and the ordeal had taken a major toll on his family. (REPORT)

Dismissing accusations of racism against him, England’s World Cup-winning captain Eoin Morgan said his posts on Twitter, in which he allegedly mocks Indians, have been “taken out of context.” (REPORT)

Italy survived a huge scare as it scrambled past outsider Austria into the quarterfinals of Euro 2020 with substitutes Federico Chiesa and Matteo Pessina scoring extra-time goals to earn it a 2-1 win at Wembley on Sunday. (REPORT)

Forward Kasper Dolberg struck in each half while Joakim Maehle and Martin Braithwaite also got in on the act late on as Denmark overpowered Wales 4-0 to reach the quarterfinals of Euro 2020 on Saturday. (REPORT)

Kasper Dolberg celebrates his opening goal against Wales with his Denmark teammates during the EURO 2020 round-of-16 encounter in Amsterdam on Saturday.   –  Getty Images

Brazil went behind for the first time in eight games on Wednesday but responded with a controversial equaliser before netting a dramatic winner deep into stoppage time for a 2-1 victory over Colombia in the Copa America. (REPORT) Peru, Venezuela and Ecuador are in the race for the last two quarterfinal spots.

UEFA has no plans to replace Wembley stadium as the host of the Euro 2020 semifinals and final, European football’s governing body said, after Italian Prime Minister Mario Draghi called for the final to be moved from Britain due to rising COVID-19 cases. (REPORT)

Bayern Munich will kick off the new German season at Borussia Monchengladbach after the 2021-22 fixtures were released on Friday. (REPORT)

FIFA is preparing to start selling tickets for the 2022 World Cup in January while still trying to find out more on Qatar’s plan to make coronavirus vaccines mandatory for spectators. (REPORT)

Mohamed Salah is unlikely to join Egypt’s Olympic football team as his English Premier League club Liverpool does not want him to take part in the Tokyo games this summer, says Egypt’s FA chairman. (REPORT)

The next season of the I-League will once again be held in its entirety in Kolkata and will feature 13 teams. The League is likely to begin in mid-December. (REPORT)

Manchester City has reportedly made a bid of 100 million pounds to Tottenham Hotspur for England captain Harry Kane. (REPORT)

Defending champion Novak Djokovic and eight-time winner Roger Federer were placed on opposite halves of the Wimbledon bracket in Friday’s draw, meaning they only could meet in the final — which would be a rematch of their epic 2019 title showdown. (READ)

Serena Williams said she will not go to the Tokyo Olympics, but did not want to say why during her pre-Wimbledon video conference with reporters on Sunday. (READ)

Reigning Wimbledon champion Simona Halep withdrew from the Grand Slam tournament on Friday because of an injured left calf. (READ)

Novak Djokovic’s breakaway players’ body appears to be on a collision course with the men’s tour after the world number one asked the ATP to delay a vote on a 30-year strategic plan to reform the sport. (READ)

A week after announcing his withdrawal from the Tokyo Olympics, World No.5 Dominic Thiem has pulled out from the grass-court Slam due to a wrist injury he suffered in Mallorca last week. (READ)

Roger Federer is still not sure whether he will compete at the Tokyo Olympics, saying on Saturday that he and his team plan to “reassess the situation after Wimbledon.” (READ) Two 39-year-old superstars — Serena Williams (L) and Roger Federer — will be chasing a record-breaking win during the Wimbledon Championships this year.   –  AFP

A diminished field of opponents at Wimbledon may make Serena Williams one of the favourites to win a record-equalling 24th Grand Slam, but her long-time coach believes the only important factor is her own performance. (READ)

Yamaha’s world championship leader Fabio Quartararo cruised to his fourth win of the season at the Dutch Grand Prix in Assen on Sunday. (REPORT)

Absence of defending champion Carolina Marin will be an advantage but there are at least six more title contenders at the Tokyo Games and PV Sindhu must examine their past performances to devise a proper strategy, says former India chief coach Vimal Kumar. (REPORT)

Boxer Vijender Singh says India has an accomplished lineup for the Tokyo Games and looks good to win more than a medal in boxing. (REPORT)

Asian champion and star Indian wrestler Vinesh Phogat will be the top seed in the women’s 53kg category for the Tokyo Olympics. (REPORT)

Three-time Worlds medallist and one of India’s strongest medal contenders in the Tokyo Olympics, wrestler Bajrang Punia has assured his fans that there is nothing to worry about the injury he picked up during the Ali Aliyev memorial wrestling tournament in Russia. (REPORT)

The women’s air pistol team of Yashaswini Singh Deswal, Manu Bhaker and Rahi Sarnobat won the bronze in the team championship, as it beat Hungary 16-12 at the ISSF World Cup in Osijek, Croatia, on Friday. (READ)

Manu Bhaker and Saurabh Chaudhary were beaten to the gold in the mixed air pistol team event by the Russians 16-12 in the ISSF World Cup in Osijek, Croatia, on Saturday. (READ)

India, on Tuesday, named incumbent Manpreet Singh as the skipper of the men’s hockey team for the upcoming Tokyo Olympics where he will have two deputies in defenders Birendra Lakra and Harmanpreet Singh. (READ)

How Did WandaVision Do That? A Peek Behind the MCU Series’...

How I Improved My Mobile Casino In Someday

Big Tech in Focus Next Week as US House Panel Votes...