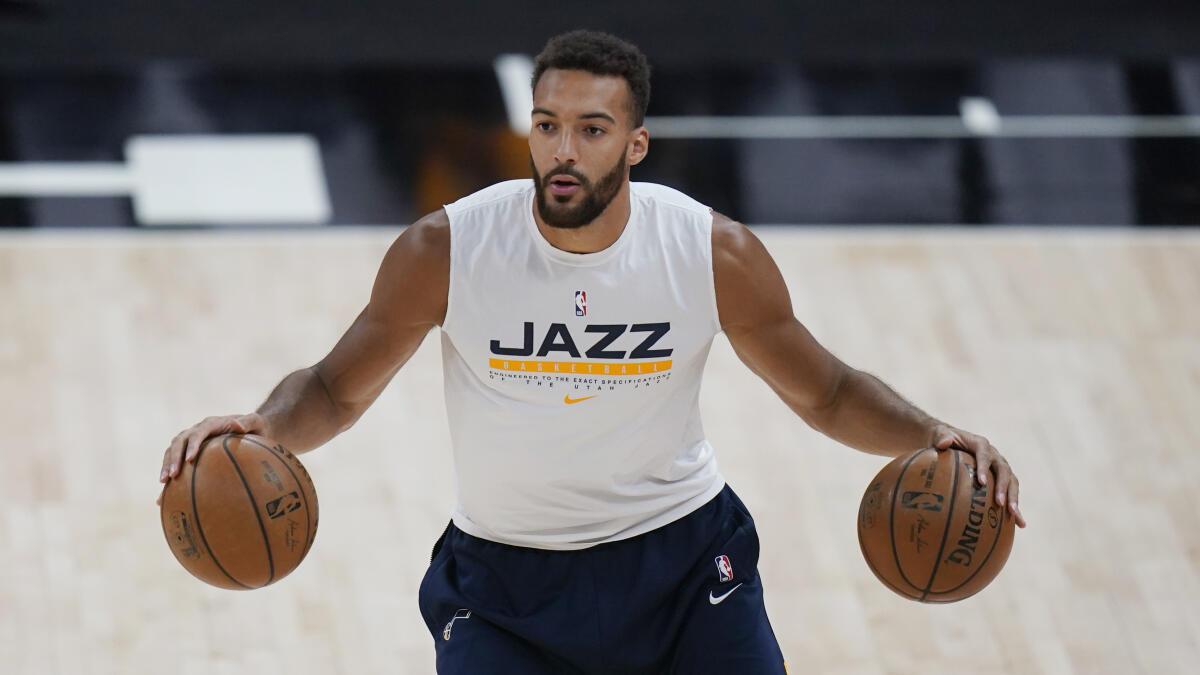 Rudy Gobert saved Utah’s opening game of the second round with a blocked shot, the kind of play that’s earned him recognition as the NBA’s best defender.

It would have been even better if Mark Eaton had seen it.

The former Jazz centre died last month at 64 and Gobert was thinking about his predecessor on Wednesday after breaking a tie with him for most Defensive Player of the Year awards in franchise history by winning it for the third time.

“I thought about it last night because I knew that I probably would have got a text after the game,” Gobert said.

“I’m sure he’s very proud and I’m going to try to keep making him proud and keep honouring his legacy.”

Gobert had the most total blocked shots and defensive rebounds in the league this season and became the fourth player to win the award at least three times after leading the Jazz to the best record in the league.

A night after a game-sealing blocked shot in Game 1 of the Western Conference semifinals, Gobert received 84 first-place votes and 464 points from a global panel of 100 sportswriters and broadcasters.

Philadelphia’s Ben Simmons was second with 15 first-place votes and 287 votes, while Draymond Green of Golden State was third with 76 points.

Gobert was the Defensive Player of the Year in 2018 and 2019. Dikembe Mutombo and Ben Wallace each won it four times and Dwight Howard three.

With Gobert in the middle, the Jazz went 52-20 and earned the overall No. 1 seed for the first time. They limited teams to 44.7 per cent shooting, second-lowest in the league.

As more teams turn to smaller lineups and shoot from further away from the basket, it’s tougher for traditional centres to stay on the floor.

“For me it’s really been about getting better every single year and teams have been trying to negate my impact one way or another every single year,” Gobert said. “So I had to raise my level year after year and day after day to be able to try to keep dominating on that end.”

Antetokounmpo ended Gobert’s reign last year during a disappointing finish to the season for the native of France. Gobert’s positive test for the coronavirus triggered the NBA’s shutdown in March, and after play resumed the Jazz blew a 3-1 lead in the first round against Denver.

But the Jazz powered through this season and took Game 1 in the second round against the Los Angeles Clippers on Tuesday when Gobert blocked Marcus Morris’ 3-point attempt to preserve a 112-109 victory.

His teammates surprised him by leaving the award on his chair in the locker room. Gobert said he was touched by their happiness because of how much enjoys the connection they’ve developed defending together.

“It’s been fun to, whether we have a big lineup or small lineup, being with my four teammates on the floor and try to do anything I can to make them better,” Gobert said.

I did not take any stimulant but was on painkillers: Suspended...

Anshu Malik withdraws from Poland Open, being tested for COVID-19