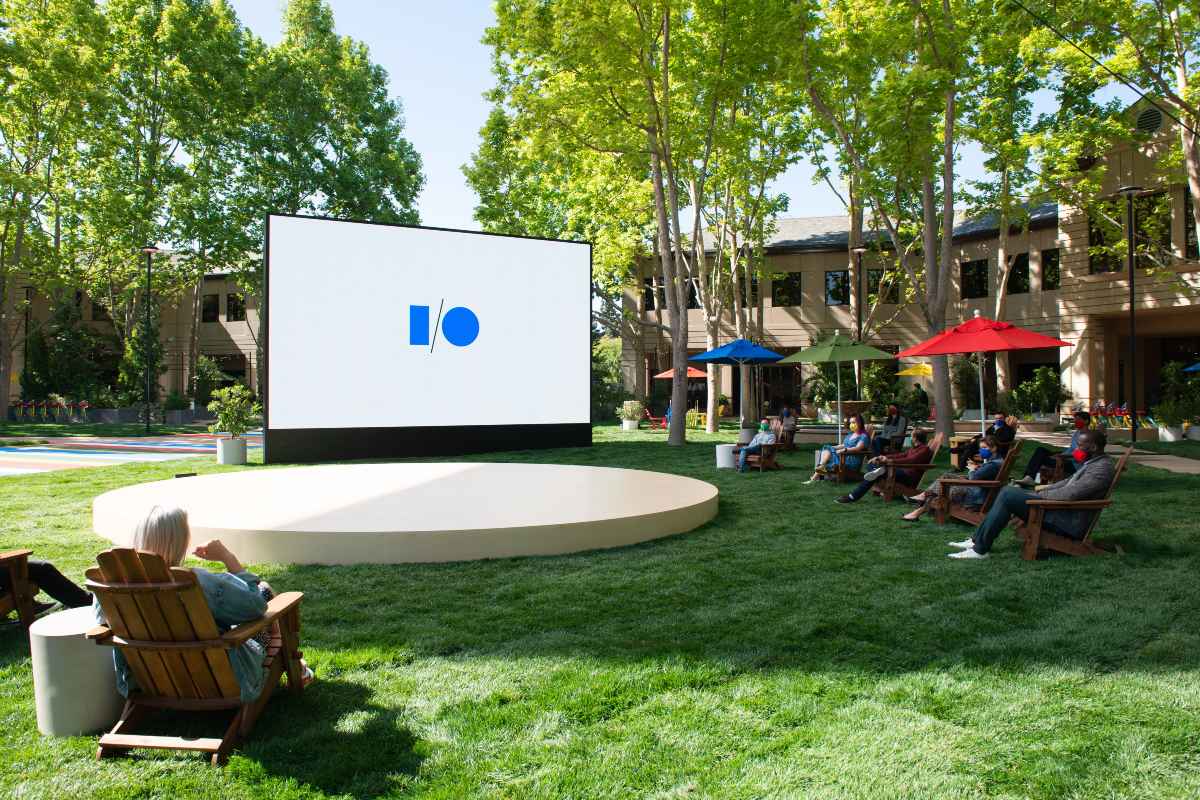 Google I/O 2021 keynote took place on Tuesday where CEO Sundar Pichai and his team of executives announced a list of new developments, including the release of Android 12 and new Wear OS. In addition to the two major product-focussed announcements, Google announced its progress in bringing natural language understanding with a new language model called LaMDA. The I/O keynote this year also included announcements on a smart canvas experience in Google Workspace, safer routing in Google Maps, and an enhanced video conferencing initiative called Project Starline.

In this article, we break down the key announcements that went live at Google I/O 2021 keynote in Mountain View, California, US, to give you a brief recap of the virtual event.

Just like the past I/O keynotes, one of the most anticipated announcements of this year’s I/O conference was for Android 12. The new operating system that Google initially brought to developers in February and is currently live through a public beta release comes with an all-new interface. Google has also offered new privacy controls — some of them are similar to what Apple provided to its iPhone users through iOS 14 last year. Additionally, Android 12 carries elements based on design language Material You, which will also be used for designing the interfaces of Google’s wearables, smart displays, and other hardware in the future.

After Android 12, the next major announcement that Google announced at the I/O 2021 keynote was the next Wear OS update. The company calls it the “biggest update to Wear ever”, with a fresh consumer experience. Google has partnered with Samsung to bring the best of Wear OS and Tizen into a single platform. The new Wear OS also includes features such as support for third-party Tiles and the ability to switch between apps by double tapping on the screen. Further, there are updates to Google Maps and Google Assistant for Wear OS with new interface and improvements. Google’s latest operating system for wearables also includes health and fitness tracking updates that are coming from the house of Fitbit.

At this year’s I/O keynote, Google revealed that there are over three billion active Android devices around the globe. These devices are not just limited to smartphones but also include smartwatches, smart TVs, and others based on Android. Google is now on a move to make communication among multiple Android devices easier by offering new multi-device experiences. One such addition is wider rollout of Fast Pair to devices such as Beats headphones as well as cars from BMW and Ford. Android phones will also get an inbuilt remote control for smart TVs based on Android TV and Google TV. Chromebook users will also get a control centre to adjust a connected Android phone. Features such as to receive notification on Chromebooks and unlock cars using an Android phone will also be available in the coming days.

Google showcased the smart canvas in Google Workspace to ease collaboration of teams on Google Docs, Sheets, and other productivity tools. It will allow users to have a video call with their colleagues while working on their next assignment using Google Workspace. Users on Google Docs and Sheets will also be able to communicate with their teams using built-in Google Chat rooms. Google also announced some other productivity-focussed developments, including smarter meeting notes template and pageless Docs, as well as Google Meet integration within Docs, Sheets, and Slides.

At the I/O 2021 conference, Google announced the arrival of safer routing on Google Maps that will suggest routes to help you avoid hitting brakes. It will combine artificial intelligence (AI) with navigation information to identify hard-braking events on your route. Google is also expanding its detailed street maps to 50 new cities by the end of this year. Detailed street maps were introduced in August and are designed to provide details about sidewalks, crosswalks, and pedestrian islands. Google Maps will also start highlighting busy areas to help people avoid crowds.

Google Chrome is getting an updated password manager that will let you change your passwords with a single tap, Google announced at I/O 2021. Google Assistant on Chrome will show a ‘Change password’ button when the browser finds a potentially compromised password on a particular website. Users just need to tap that button to change their password. Google also announced that by using the password manager of Chrome, users will now be notified about creating a strong password for certain sites and apps.

Alongside Google Maps and Chrome, Google Photos has received a handful of new features that were all announced at the I/O 2021 keynote. One of them is the new types of Memories that will be around the moments a user has celebrated — whether it’s Diwali, Lunar New Year, and Hanukkah. Additionally, there will be controls to rename a Trip highlight or remove it completely, or able to remove a single photo from Memories. Google Photos will also create moving images from their still versions by filling the gaps in nearly identical photos. This is called Cinematic moments. The last major change that Google Photos will get is Locked Folders that will work as a passcode-protected space and will require users to either use their fingerprint or a PIN to unlock the folder each time they want to look at some of their memories.

Google at its I/O keynote announced LaMDA as its new language model for dialogue applications. It is claimed to be designed to converse on any topic and is available as an open domain, which means it can be customised for any conversations. Google demonstrated the scope of LaMDA by showcasing a communication about Pluto. The language model is limited to be trained on text. However, Google also talked about multimodal models (MUM) that will allow people to offer natural responses by sharing images, text, audio, and video. Both LaMDA and MUM could help Google enhance its search engine and uplift Google Assistant over time.

Pichai at the I/O 2021 keynote showed off Project Starline as Google’s next ambitious development to enhance video conferring. It uses high-resolution cameras and custom-built depth sensors to capture shape and appearance of users from multiple perspectives, and then fuses them together to create an extremely detailed, real-time 3D model. This brings a hyper-real form of video conversations that could be quite useful especially at the current times when people are avoiding physical meetings due to the coronavirus spread.

Google also unveiled its AI-powered dermatology tool that is designed to help people find answers to as many as 288 skin conditions — directly using the camera of their smartphones. It will launch as a pilot later this year, starting with Europe. Similar to the AI-powered dermatology tool, Google showcased a deep learning system that could help detect active pulmonary tuberculosis. It is claimed to help save up to 80 percent of the cost per positive TB case detected. Google is planning to work with Apollo Hospitals in India and the Centre for Infectious Disease Research in Zambia (CIDRZ) to bring its research work into reality.

Model Conditions for the Carriage of Goods by Road