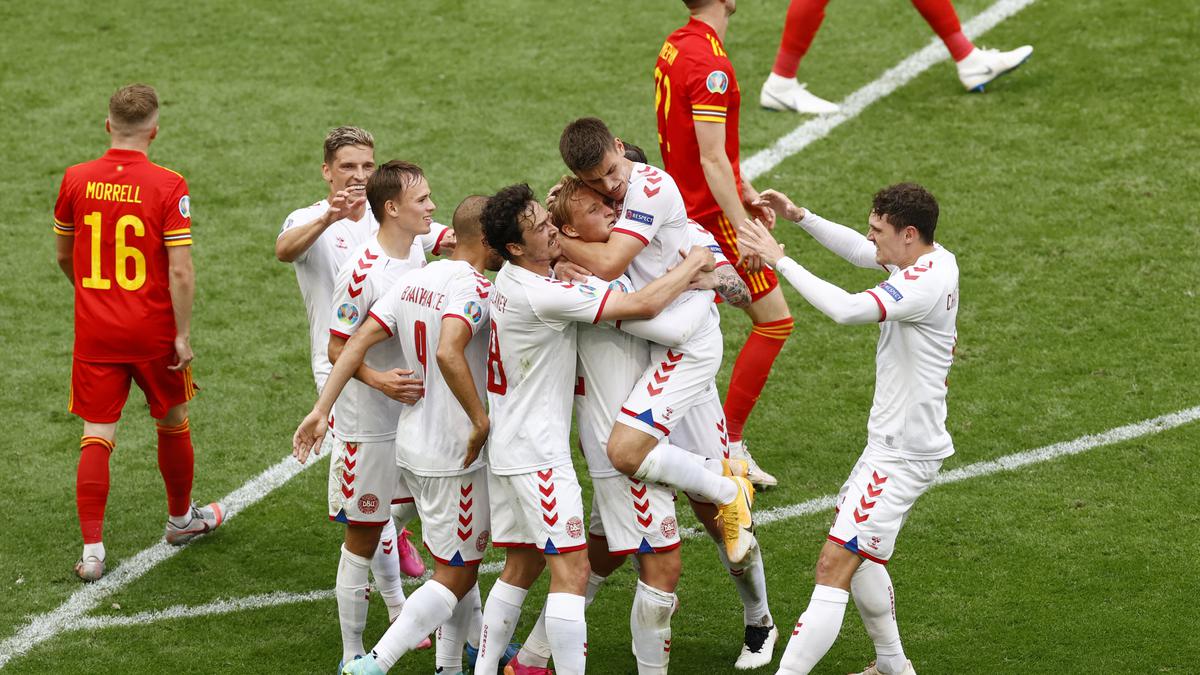 Forward Kasper Dolberg struck in each half while Joakim Maehle and Martin Braithwaite also got in on the act late on as Denmark overpowered Wales 4-0 to reach the quarterfinals of Euro 2020 on Saturday.

Dolberg, making his first start of the tournament, gave his side the lead with a fine individual goal in the 27th minute, curling into the top corner from outside the area.

He doubled Denmark’s advantage in Amsterdam early in the second half, ruthlessly pouncing on a loose ball after Wales failed to clear a cross following a galloping run down the right wing from Dolberg’s strike partner Martin Braithwaite.

Braithwaite missed a glaring opportunity to add to Denmark’s lead but Maehle sealed the win in the 88th minute. Wales’ frustrations spilled over when Harry Wilson was sent off for a wild tackle on Maehle in added time.

Braithwaite finally got the goal he had craved by netting at the death, though he had to wait for the goal to be awarded following a lengthy VAR review. Denmark heads to Baku next Saturday to face either the Netherlands or Czech Republic in the last eight while Wales, which reached the semifinals at Euro 2016, is heading home.


Denmark, which has captured the imagination of neutrals since its player Christian Eriksen suffered a cardiac arrest earlier in the tournament, was playing away from Copenhagen for the first time but still counted on loud support.

Thousands of Danes descended on the Dutch capital and outnumbered their Welsh counterparts at the Johan Cruyff Arena while the team continued to pay tribute to Eriksen, who has since left hospital, at kickoff.

Kasper Hjulmand’s side was without its injured striker Yussuf Poulsen, who had scored in the 2-1 defeat to Belgium and thumping 4-1 victory over Russia which propelled it into the last 16.

Yet in a sign of the team’s unity, the player joined his team on the pitch to sing the national anthem before kickoff, standing side-by-side with the substitutes and coaching staff. Dolberg more than compensated for Poulsen’s absence, firing Denmark ahead after Wales had made the stronger start.

Wales had a flurry of early attacks and talisman Gareth Bale nearly gave it an early lead when he went for goal from range and narrowly missed the target. Dolberg had better fortune with his distance strike, which flew past the helpless Wales keeper Danny Ward and into the net.

Denmark hardly looked back from then on, dominating possession and chances as Wales failed to recreate the fighting spirit of its famous run in France five years ago.

Dealership Software Made Easy – Even Your Kids Can Do It

Be taught Something New From Mobile Casino Lately? We Requested, You...